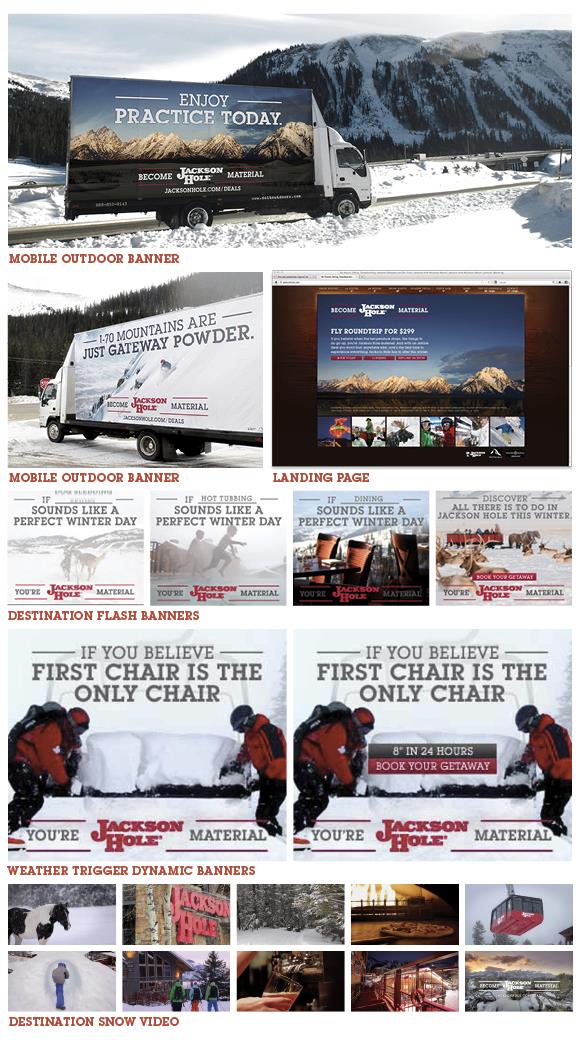 After being hired in late October 2011, Cactus moved quickly with the TTB to get a winter campaign in market for the 2011-12 season. The campaign targeted Trip Planners (35-54-year-olds who book their vacations in advance as a package) and Snow Chasers (18-44-year-olds who are looking for extreme sports but search for value).

To reach these audiences a robust digital campaign was developed, including banner ads promoting vacation deals to Jackson Hole and weather-triggered banner ads promoting fresh snowfall. To capitalize on the poor snow levels seen at most ski destinations in 2011-12, a video was produced highlighting the snowfall Jackson Hole had already received and showcasing the distinct culture of the location. 5 mobile billboards were also deployed along I-70 in order to reach regional skiers making the trek to the Colorado mountains. The billboards not only got the attention of ski commuters, but also increased buzz for Jackson Hole on social media platforms like Facebook, Instagram and Twitter.

This first campaign between Cactus and the TTB was a great success. In all, 60 million campaign impressions were served, winter reservations were up 15% over the prior year, and airline load factor increased 11%.