The Teton County Coroner’s Office is dedicated to the Service of Teton County doing its job with science and respect.  Dr. Brent Blue is the current Teton County Coroner which is an elected position in the State of Wyoming.  The current term ends January 1, 2023.The Coroner’s Office investigates all sudden and unattended deaths in the County including all accidents, violent, unexpected, and other deaths.  Any death in the County may be deemed a Coroner’s Case at the discretion of the Coroner if there are circumstances which warrant such designation.

The Coroner’s Office is also charged with notification of next of kin or insuring that notification has been made.  Information about a decedent will not be released without confirmation of this notification.

The Coroner is charged with determining the name and age of a decedent as well as the cause and manner of death.  Manner of death may be accidental, suicide, homicide, natural, or indeterminate.

The Teton County Coroner’s office is committed to transparency, but information released to the public is determined by Wyoming State Law.  This public information is name and age of the decedent and the cause and manner of death.  Accurate and timely information is distributed accordingly.

Where Will the Deceased Be Taken?

The deceased will be taken to the Teton County Morgue located off of Adam’s Canyon Drive.

Death certificates are not issued by the Coroner.  They are issued by the State of Wyoming through the Wyoming Department of Health Vital Statistics Services.  https://health.wyo.gov/admin/vitalstatistics/vital-record/deathrequest/  We recommend you do not use a third-party service to obtain a death certificate as they are not required and increase costs.  The process is simple and the Department will answer questions by phone.

The Coroner Report, also know as the Verdict, is available after completion of the investigation.  This usually takes two to three weeks but in some cases, may take much longer.  The Coroner may, per State law, convene a Coroner’s Inquest which will increase the length of time required for the Report.

Coroner Reports and other information governed by State law may only be released to next of kin.  Next of Kin are a spouse, adult children, parents, legal guardian, personal representative with written authorization, or their legal representation. https://law.justia.com/codes/wyoming/2011/title7/chapter4/section7-4-105/

In order to receive a report, a release form must be filled out and sent to the Coroner’s Office by Email (preferred), Fax, USPS mail, or personal delivery to the contact points above with a copy of a government issued photo ID.

The Coroner may be required to testify at civil and criminal proceedings.

Release of Remains and Mortuary

Valley Mortuary is the only mortuary in Teton County.  They can be reached at 307-733-8267.  They will also assist with transportation to locations out of Teton County.  There is no obligation to use the local facility and mortuaries outside Teton County may be used.

Personal possessions such as clothing and jewelry may be released to next of kin as described above or a person appointed by the next of kin with written authorization.  Please note that possessions that may be in a hotel room or other non-residence situations may or may not be collected and stored by the Coroner’s Office depending on circumstances.  The Coroner’s Office will do everything it can to secure locations for safety and property purposes.  Once secured, the Teton County Sheriff’s Office becomes responsible for unoccupied dwellings.  Driver’s licenses are returned to the state of origin.  Firearms are secured by the Sheriff’s Office.  Contact the Coroner’s Office for information for a specific situation.

The Coroner’s Office will do everything it can to assist with tissue donations for transplantation and tissue procurement for scientific studies.  Note that organ donations are from terminal patients prior to Coroner’s office involvement and are arranged through hospitals.  The most common tissue donations are corneas, skin, and bone.  If the deceased is an organ donor by designation on their driver’s license or other credible means, receiving organizations will be contacted by the Coroner’s office.  In non-designated situations, Next of kin may request donation.  If there is strong opposition to donation by families, regardless of the deceased’s wishes, discussions of this type are relegated to the receiving organizations.

Many people choose to donate their bodies or organs for scientific study.  This must be arranged in advance with the receiving institution.  Most common donations are entire bodies for anatomical study and neurological tissue for disease research like dementia and Parkinson. 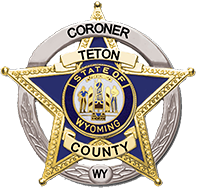