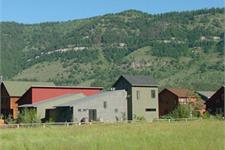 The Wilson Third development is part of Wilson Meadows, a Planned Residential Development located in Wilson and approved prior to the adoption of the 1995 land development regulations. The developer conveyed Lot 78 to TCHA to further subdivide for 7 affordable housing units and 1 attainable lot. Wilson Meadows was platted on December 2, 1997 as Plat Number 916.

There are 8 duplexes on .97 acres next to the Wilson School. The homes are two and three bedroom at Category 2 and 3 levels.

TCHA completed construction on the Wilson Third Affordable Housing Neighborhood and sold the homes in late 2001.

TCHA with the land as an Incentive as this development was approved  prior to Affordable/Employee housing regulations being adopted.

The restriction on these homes is a Ground Lease.

This development is a part of the Wilson Meadows Homeowner’s Association.